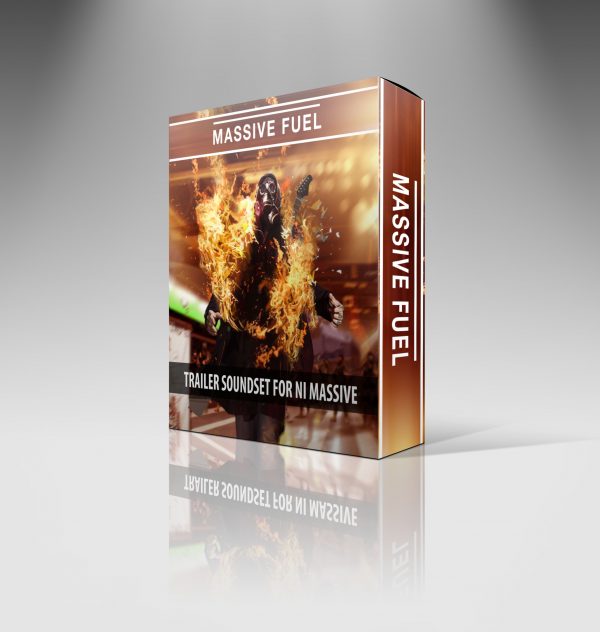 Massive Fuel is a Trailer music oriented soundset for Native Instruments Massive. 128 patches divided into 7 categories like breams (tonal hits) and pulses that will bring modern trailer music production to your fingertips. Each sound has been assigned eight macro controller options for further sound mangling and bring more life to a track. In addition, each sound has been rendered into wav files and mapped into sampler instruments. Plus a bonus section of big trailer hits have been produce and split into stems for inspiration and playability.

SPECIFICALLY MADE FOR TRAILER COMPOSERS

EACH SOUND PATCH RENDERED IN WAV FOR COMMON SAMPLERS.

Each patch of Massive Fuel was rendered in wav and mapped in the most common samplers. In Addition, a bonus section of custom made trailer hits made with Fuel also has been added.