Mix With The Masters Deconstructing A Mix #22 Tchad Blake TUTORIAL 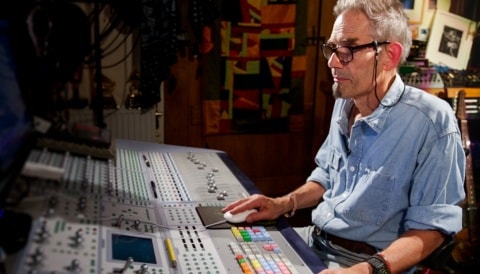 FICTION PARK – “MECHANICAL MOON”
In this 2h30 in-depth mixing video, Tchad Blake deconstructs the song “Mechanical moon” by Fiction Parc, entirely in the box. Watch as he explains the entire process, from start to finish and guides you through his methods and workflow!

ABOUT TCHAD BLAKE
Tchad Blake has an impressive discography, having worked with numerous artists and musicians, including Arctic Monkeys, State Radio, Apartment 26, Elvis Costello, Peter Gabriel, Pearl Jam, Tom Waits, Sheryl Crow, Crowded House, Tracy Chapman, The Dandy Warhols, The Black Keys, U2, and The Pretenders, amongst many others Blake to date has won five Grammy Awards, including Best Engineered Album, Non-Classical and Best Rock Album for Sheryl Crow’s The Globe Sessions (1998), Best Engineered Album, Non-Classical for his work on Suzanne Vega’s Beauty & Crime (2007), and two Grammys for his work with The Black Keys on 2010’s Brothers.